Pests can be a nuisance, irritating and cause all sorts of issues, however, very rarely are they deadly – in the UK at least. There are an array of consequences when it comes to deadly pests from bites that will kill you almost instantly, to stings from pests that carry deadly diseases. In this post we are sharing with you some of the deadliest pests in the world and what you can expect if you encounter one.

Named after their penchant for biting the lip of humans, Kissing bugs are one of the most deadliest insects on the planet. Commonly found in America, Asia and Africa, the kissing bug is known to give ‘the kiss of death’ and kill up 1200 every single year with the deadly disease that they carry. Unfortunately, as humans are sleeping when they are vulnerable to the kissing bug, they don’t realise their symptoms until they have woken and it is too late.

Commonly found in South American rainforests the Bullet Ant has one of the most painful stings in the world estimated at 30 times more painful than a bee or wasp sting. Bullet Ants were named after their bites similarity to the feeling of being shot. Not only are their stings excruciatingly painful, the sting contains something called Poneratoxin that is capable of causing paralysis and can block the blood flow to the nervous system. 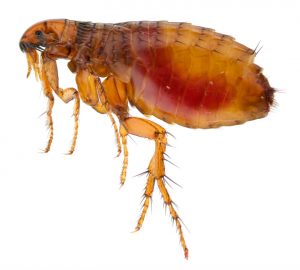 The less exotic flea is one of the most common pests in the world, and although only occasionally can they cause much more than severe irritation or infestation, they are known to spread infections that can be fatal to those with weaker immune systems. Fleas can also be found carrying the disease, Myxomatosis, which can have an extremely adverse affect on humans. Fleas can suck blood of up to 15 times their own body weight and an adult female can lay 2,000 eggs in one sitting, so epidemics of flea infestations are extremely likely if you do not take action fast. 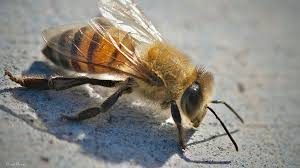 Found mostly in Africa, Killer Bees are by name and by nature, one of the deadliest pests on the planet. Killer Bees roam in colonies of up to 80,000 and can become aggressive extremely quickly. Usually people are attacked without warning or provocation, as killer bees will become aggressive for up to 24 hours after being alerted, which means they will attack any human being or animal that crosses their path during this tantrum. Although extremely painful a singular killer bee sting is not known to be fatal, unless of course you are extremely allergic. However, killer bees run in packs and you are unlikely to encounter an aggressive killer bee on it’s on, so the likelihood of multiple attacks is high, which can be fatal if aggressive enough. 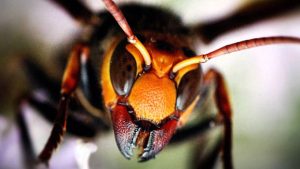 The Giant Japanese Hornet is a much larger version of the honey bee in appearance, they are considered the largest of the hornet family. This deadly hornet is responsible for up to 50 deaths a year, and can be found mostly on the Japanese islands. Giant Japanese Hornets are fearless and extremely aggressive by nature so will not hesitate to sting you if you cross paths. An individual hornet is not usually life threatening but will cause extreme pain with venom that is capable of destroying skin tissue and causing intense damage to internal organs. Should you encounter several, it will almost certainly be a fatal encounter as a group of Giant Japanese Hornets are capable of multiple stings that would lead to death.